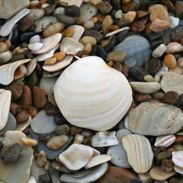 Opposition is growing to a home insurance rate hike that could hit 30-percent in many coastal counties, after a request by the N.C. Rate Bureau. The bureau represents the property insurance companies writing business in the state, requested a statewide average increase of 17.7 percent that would go into effect on June 1, 2013. But according to the NC-20 group that represents coastal N.C. counties, rates in Dare, Hyde, and Currituck counties would increase the most. A public comment session will be held Wednesday in Raleigh, while written comments are being accepted through Friday. NC-20 President Willo Kelly said coastal counties have long paid more than their fair share in insurance premiums, in relation to insurance companies’ losses on the coast. “We feel these rates are excessive, they are unfair, they are discriminatory and the data is not included in this rate filing in order to figure out their actual losses,” Kelly said in a news release. “It’s not transparent at all.”

According to Kelly, the requested increase from the rate bureau is not supported by loss data.“We pay (premiums) based on a modeled catastrophic risk, which is a computer model that’s based on what is put in it, which we can’t find out because its proprietary information,” Kelly said.“Here in eastern North Carolina, we pay based on projected losses,” Kelly said. “If Hurricane Hazel comes ashore today and goes up the coast, here’s what your potential losses would be. In any given year, it’s $4 billion.” She said insurance companies are basically investment firms, using premium dollars to invest to earn more money. When the market is good for investment, rates are discounted, but when the investment market is not good, such as during recent years, insurers seek higher rates. Citing figures from the Insurance Information Institute, Kelly said U.S. property insurance companies are holding about $567 billion in policyholder surpluses at the end of 2011. Last year’s catastrophic losses totaled only $35 billion.“That’s all the tornadoes, Hurricane Irene…insurance companies are not suffering,” Kelly said. Current homeowners’ insurance rates in North Carolina took effect May 1, 2009 – the third increase in six years. But during the past 20 years, the rate disparity between the coast and inland counties has widened, according to NC-20. Eighteen eastern counties accounted for only $259 million in losses, but the 82 other counties experienced about $2.21 billion in total losses from 2001-05, according to Kelly. In the most hurricane-prone counties of Currituck, Dare and Hyde, only 6 cents of every premium dollar paid went to pay wind losses. “In Buncombe County in western North Carolina, it was 21 cents of every dollar paid,” Ms. Kelly said. The last homeowners’ insurance rate filing was in 2008 when the insurance companies requested a 19.5-percent statewide average increase. A settlement agreement allowed for a 4.05-percent statewide average increase to go into effect in May 2009. State legislation passed earlier this year requires Insurance Commissioner Wayne Goodwin to hold a public comment period on the rate filing. The filing will be reviewed by Department of Insurance experts to determine what, if any, rate adjustments are warranted. If the two parties cannot agree on rate changes, Commissioner Wayne Goodwin will call for a public hearing in which both parties would present their cases for any rate adjustments.

The filing is available for public review on the Department’s website athttp://pserff.ncdoi.net/pc.html and enter the Serff Tracking Number NCRI-128708881.

Written public comments are being taken through Friday, Oct. 19 and can be mailed to NCDOI, Attn: Bob Mack, Property & Casualty Division, 1201 Mail Service Center, Raleigh, NC 27699-1201; or emailed to 2012homeowners@ncdoi.gov.