Monday Dec 17 was the 115 anniversary of the Wright Brothers first flight with “Controlled Power” which is what made them famous. They were not the first to fly, but they were the first to fly with power and control. Our amateur radio club got special permission from the National Park Service to set up some antennas and make radio contact around the world from the National Park. There is a contest some radio amateurs, commonly called Ham Radio Operators, follow to see how many contacts they can make to these special event stations that set up in our National Parks. We did not make many contacts as conditions for communication was poor, but we did make 125 contacts with some being in England, California and Canada. See more about the National Parks here – npota.arrl.org 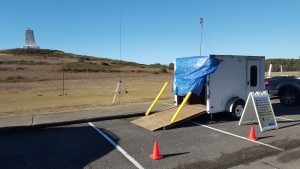 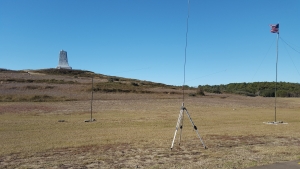