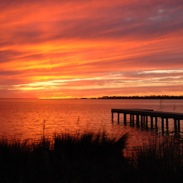 The good news continued into April, although sales have begun their traditional summer decline.

April 2012 sales outpaced the same month last year by 24 percent, and year to date sales are still 16 percent ahead of the prior year.The sweet spot for sales lies in the $200,0000 to $299,000 sector with 126 units sold over the last four months, with average days on the market at 227 days. At the high end, there were 149 homes listed priced over $1 million with an average of 294 days on market, with 19 of those units selling over the four-month period.

Summary – Overall, sales have started their seasonal decline with sales declining by 21% from March; however, it appears that there may be good news on the horizon.

Listings that have been placed under contract in April are up 24% from April 2011 and up 16% for the year.

May Market Update
Scroll to top
error: Content is protected !!